How to Become A Successful Blockchain Developer

Emerging technologies spell bright opportunities for young professionals looking forward to making a career in technology. Among several promising technical roles, the blockchain developer role stands as the most prominent in-demand professions with more earnings as compared to other technical teams. CBCA shares with you the required skills to become a blockchain developer in 2021 here.

Blockchain has become a quite popular trend these days as every industry is exploring its benefits. Currently, blockchain technology is being employed in several industry verticals such as banking, IoT systems, health care, digital identity, logistics, and more. And, the future is more promising too.

As a blockchain developer, you will be building blockchain-based applications for businesses, creating technical solutions using blockchain technology. You develop, manage, and secure blockchain networks and platforms in the organization.

Depending on the roles and responsibilities of the work profiles, blockchain developers fall under four categories. They are 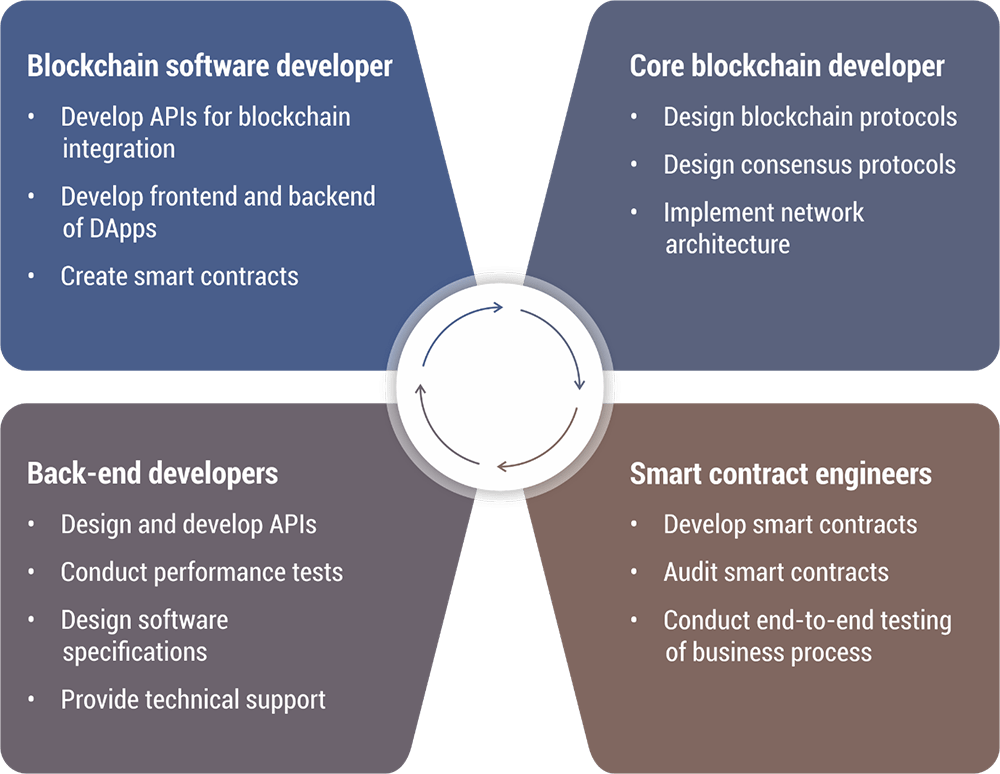 Now the question is - how to become a successful blockchain developer?

Know the status of a blockchain developer in 2021 before knowing how to become one here.

Blockchain developers have a plethora of opportunities like developing DeFi Pulse, money lending apps, and more. It is noted that blockchain developers are paid the highest as compared to other technical jobs including mobile app developers, web developers, and software developers. Most of the industrial verticals such as finance, logistics, real estate, and healthcare are aggressive in implementing blockchain technology.

As per indeed.com, the national average salary for blockchain developer professionals in the United States is:

Take a look at this roadmap that you are required to tread successfully to achieve your said goal!

As said earlier, it is the best-recommended career choice you can make in 2021. Here are the various skillsets you need to tread your blockchain professional journey.

Graduation in computer science or information technology would be a good start. As a non-technical candidate, the first step is to know Unix/Linux command-line interface to interact with computers using commands.

Programming languages: As a blockchain developer, you would be assigned to create blockchain websites, mobile applications, back-end development, smart contracts, and infrastructure. So, you must get familiar with these programming languages -Solidity, JavaScript, Python, Go, Rust, and C++. The first three are used by application developers whereas the other three are recommended for code developers. 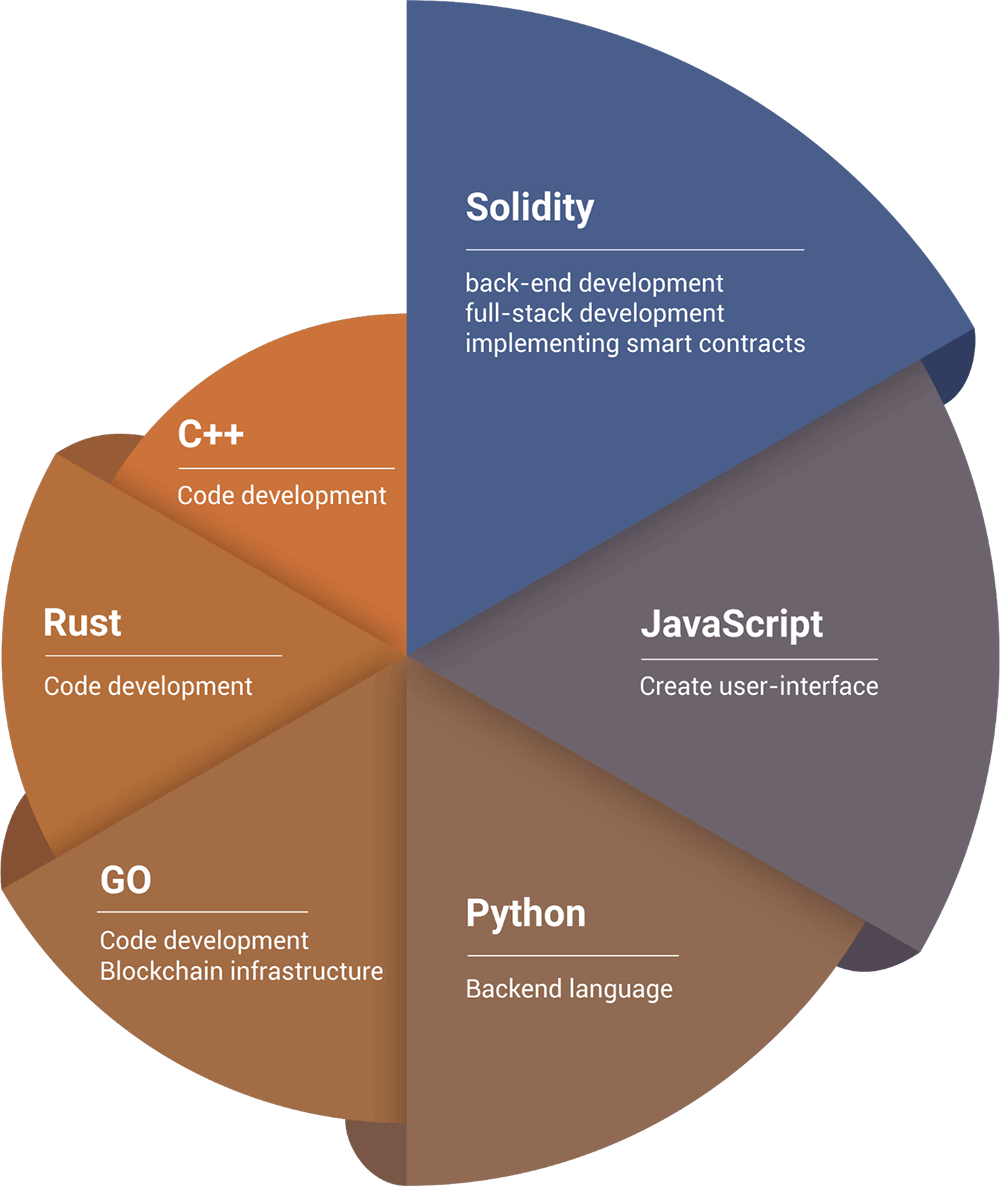 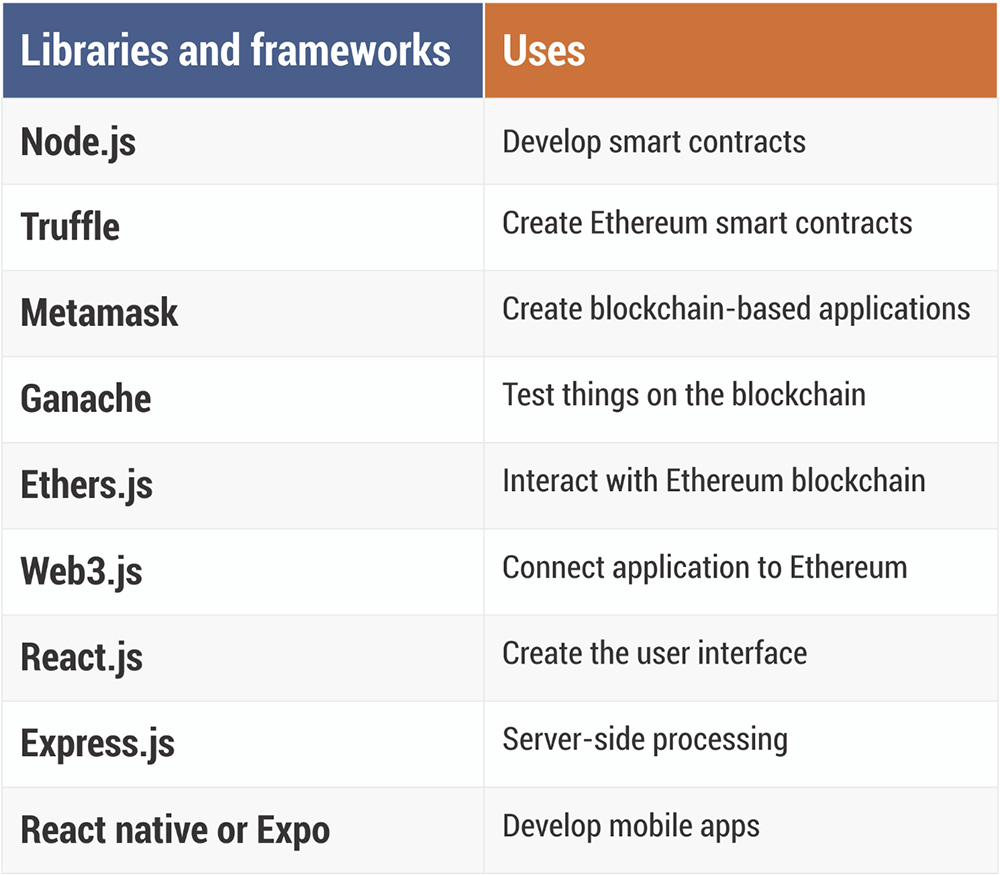 Gain a deep understanding of blockchain platforms such as Ethereum, Ripple, R3 Corda, Stellar, NEO, EOS, blockchain evaluation, and Hyperledger Fabric. Be able to identify the right use case by articulating the differences.

Data structures: Your blockchain knowledge would be deemed incomplete if you don’t have an applicative sense of data structures.

To develop immutable, secure, and efficient systems, it is necessary to get acquainted yourself with data structures such as Merkle trees or binary hash trees, Petrecia trees, Hashing, and Graphs.

Understand standards and ecosystems: It is recommended to participate in ISO initiatives, be a part of Hyperledger working groups, and other active groups. Also, you can partner with blockchain consortia, academic institutions, develop standards and concepts, understand security risks and vulnerabilities. Know how you can apply your knowledge to your business environment.

Web development: In due course, you will be developing web apps too. So, learn web designing and development along with the programming of apps. It enables you to develop decentralized applications without a glitch.

Be a ‘T’ shaped profession: Above all this, develop cross-discipline skills such as design thinking, DevOps, and agility. Know your industry, technical knowledge, and learn to manage end-to-end life cycle [design-develop-test-deploy-maintain] using disruptive technologies.

This will help you step up your career ladder faster along with a fatty cheque.

Try to make a successful attempt in unguided development by applying for internship or training programs. Read books like The Blockchain developer by Elad, The Book of Satoshi by Phil Champagne, and etc. Join blockchain group discussions and get connected with senior blockchain professionals.

To validate your knowledge and skills, it is recommended to earn specific blockchain certification. It tops up your resume and helps you to get a better job with better pay than your non-certified peers.

Subscribe to our newsletter to get the latest in Blockchain straight to your inbox.